Many Mattresses, Sleep Pads, and Sleep Surfaces Claim to be “Breathable.”

Crib mattresses claiming to be “Breathable” often have thick, dense or wiry core material with an open celled cover or overlay.  These types of mattresses are shown to have high levels of carbon dioxide retention – A known risk hazard for infant safe sleep.

“…Infants resting in the prone (tummy) position or lying with soft bedding may rebreathe exhaled carbon dioxide, potentially leading to hypercarbia and hypoxia.  If the infant’s environment does not change or infants are unable to extract themselves from the hazardous situation, they will ultimately die of asphyxia.”

This information is confirmed in a notable SIDS research study.  “A mattress filled with tea tree bark made in Australia in the 1980s and ’90s and marketed as “breathable” turned out to increase the risk of SIDS” according to a study by renowned SIDS expert,

X  Even after a thorough investigation, it can be hard to tell SIDS apart from other sleep-related infant deaths such as overlay or suffocation. These deaths are often unwitnessed and there are no tests to tell SIDS apart from suffocation. To complicate matters, people who investigat SIDS Deaths may report the cause of death in different ways and may not include enough information about the circumstances of the event from the death scene (3).

X  Infants in the face down position on fiberfill crib mattresses, quilted surfaces, soft surfaces, pillow-like surfaces, vinyl pads, mattresses filled with tea tree bark and other natural fibers, and even surfaces that claim to be breathable, show increased risk of rebreathing of carbon dioxide which leads to hypoxia, a condition associated with SIDS (5-9).  According to Dr. James Kemp and Dr. Brad Thach, some bedding materials may act to retard the dispersal of exhaled gasses (carbon dioxide), retaining the gasses near a face down infant’s mouth. With each subsequent breath, the infant takes in an air mixture which is progressively less adequate to sustain life. The more conducive an item is to rebreathing (retaining carbon dioxide), the more hazardous the item would be (8).

X  It is important to keep fresh oxygen flowing to a sleeping baby and avoid anything in the crib that can cause the build-up of carbon dioxide and heat.

?  What causes SIDS.  SIDS is a diagnosis of exclusion when no cause of death can be scientifically determined (2).

?  Which infants are more likely to rebreathe carbon dioxide.  Most infants will turn their head to avoid “rebreathing” but some do not. We have no way of testing to find out which infants are “vulnerable” so all infants remain at risk (10).

?  No studies exist comparing infants who sleep on various crib mattresses to see which one has fewer SIDS deaths.  No published studies or valid scientific testing is available that shows if one crib mattress or sleep surface has a lower/higher SIDS risk.  These gold standard studies do not exist for any of the AAP Task Force recommendations and likely never will; it is not feasible to enroll the number of infants required to get sufficient data.  To perform suffocation testing, unethical testing would have to be performed on infants to find out the “suffocation threshold” (4).

What We Still Do Not Know 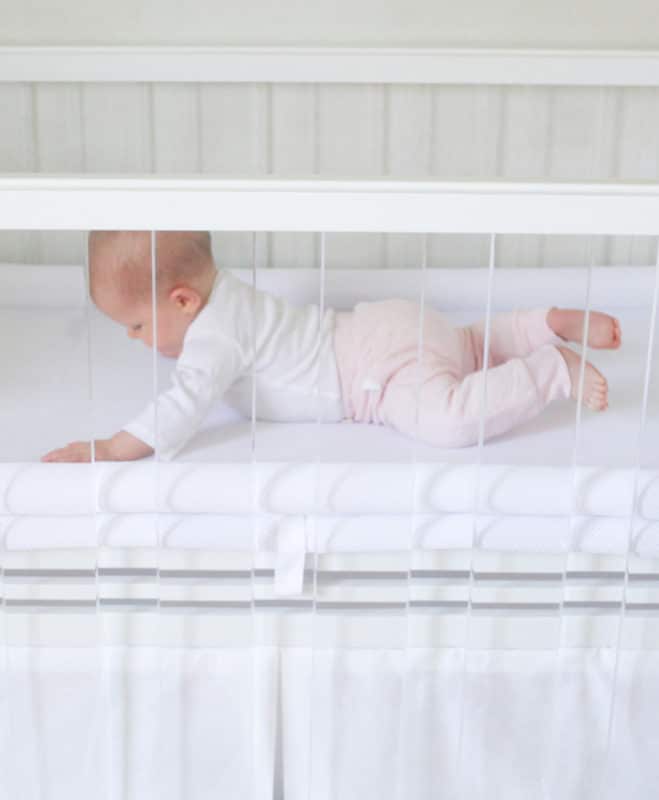 What We Now Know

BACK IS BEST.  ALL INFANTS SHOULD BE PLACED ON THEIR BACK, ALONE, IN A CRIB FOR EVERY SLEEP.

When your infant begins to roll, have piece of mind knowing your baby can breathe normally even if face straight down.

Our representatives are her to help.  Send us an email, chat with us online, or give us a call.

Try it Risk Free for 60 Days

Don’t Love it As Much as We do?  Return it Using Our Easy Return Form.