Many Crib Mattress Manufacturers Claim to Have “Breathable” Products with “Low Suffocation Risks” Based on Independent Testing.  Here is the Reality! 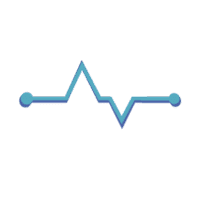 Using a simulated six-month-old mannequin, the suffocation-risk test measures the blockage of the infant’s airway when face-down . The mannequin is placed on the mattress being tested and pressure is applied to the back of the mannequin’s head.

In reality, all firm crib mattresses will pass this test–even crib mattresses with plastic covers!  Imagine breathing for any extended period of time when your head is face down on a plastic surface and you understand why this test is not reassuring. It’s not measuring the right risk!

Carbon dioxide rebreathing occurs when an infant has something impeding the dissipation of their exhaled air, such as a blanket over their head, or lying with their face close to a bumper pad, or lying on their tummy with their arm or hand near their face.  Something is blocking the bad air from moving away from the infant’s face.

Most infants when rolling onto their tummy will turn their head to avoid rebreathing.  But some will not, and we don’t know how to identify these infants.

An infant takes a breath every 1-2 seconds.  It takes, on average, two minutes for carbon dioxide to dissipate on most crib mattresses.  For some crib mattresses that claim to be “breathable”, it takes as long as three minutes, meaning carbon dioxide will always be present for baby to breathe in.

The Science of Safe Sleep Continues to Advance, and We are Pleased that We Have Been Able to Accelerate the Progress! 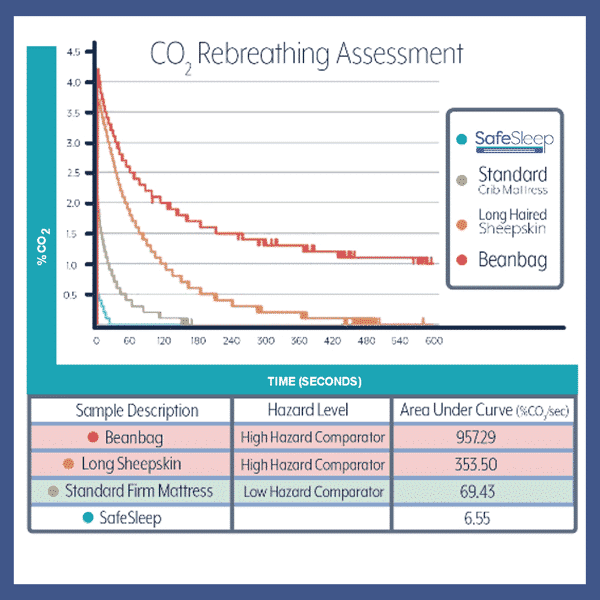 Based on scientific testing developed and conducted under the supervision of Dr. William W. Fox, Division of Neonatology, Children’s Hospital of Philadelphia, and Dr. Thomas H. Shaffer, Department of Biomedical Research, Alfred I. duPont Hospital for Children, the SafeSleep® Crib Mattress poses a significantly lower hazard for carbon dioxide rebreathing than the tested firm crib mattress with a tight-fitting cotton sheet.

Results:  The SafeSleep® Crib Mattress has a 10 fold decrease in carbon dioxide accumulation compared to a firm crib mattress.  It takes 2 minutes for carbon dioxide to dissipate on a firm crib mattress with a tight sheet; it takes less than 1/2 a second for it to dissipate on the SafeSleep® Crib Mattress.  An infant takes a breath every 1-2 seconds, meaning the carbon dioxide (poisonous gasses) would be gone before the infant takes their next breath of air – even if face straight down. 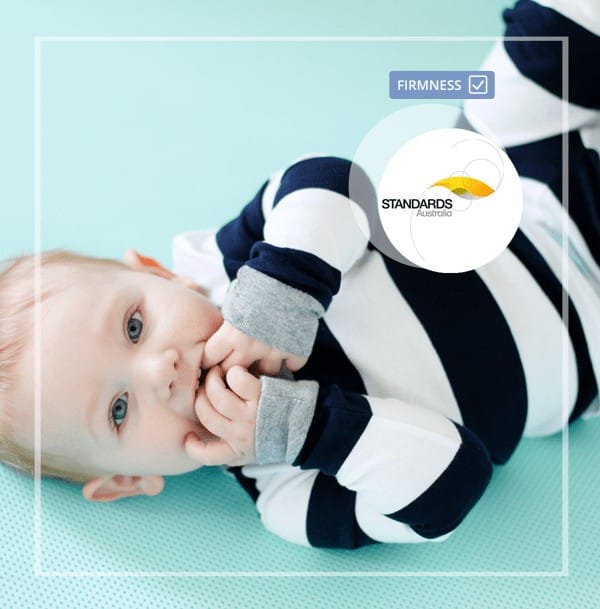 “There is often an assumption that the firmness of baby sleep products is regulated but, alarmingly, it isn’t.  This is an oversight and an area of infant safety that has been neglected. The United States has been slow in recognizing this.”  Dr. Ron Somers.

Australia and New Zealand’s standard, also known as “method 1: Crib Mattress – Test for firmness,” is the only standard to formally address the issue of minimum safe firmness for all infant sleep products.

Our testing is based on the most recent US ASTM standards. However, we pride ourselves that we go beyond, using more stringent international testing standards. 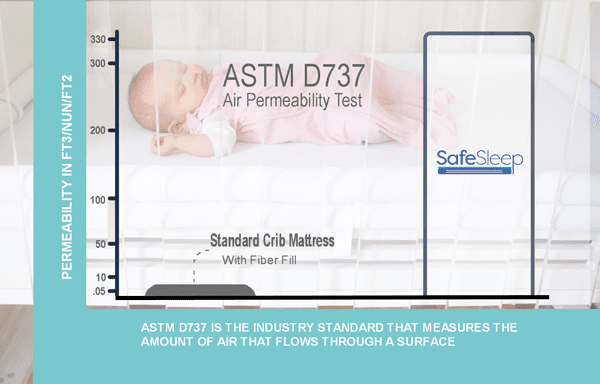 A Consumer Product Safety Commission accredited lab, Intertek, tested the air permeability of the SafeSleep® Breathe-Through Crib Mattress. This testing was conducted using the ASTM D737 – 04(2008)e1 Standard Test Method for Air Permeability of Textile Fabrics. The data is recorded in ft3/ft2.min of air. Based on this test data, the SafeSleep® Breathe-Through Crib Mattress has an air permeability rate over 330 times ((average flow (ft3/ft2.min:) 335)) compared to a standard crib mattress with vinyl cover ((average flow (ft3/ft2.min:) .15)) 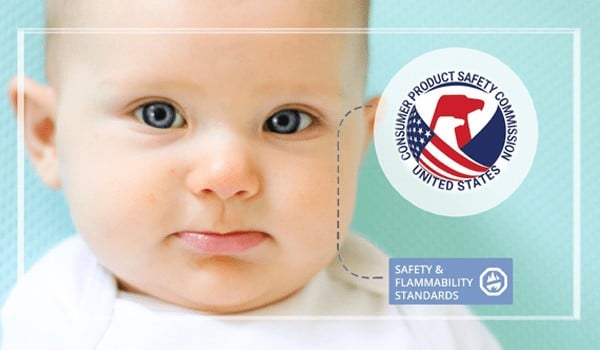 Our products have been tested by an approved Consumer Product Safety Commission (CPSC) lab, and meet all the CPSC standards for safety and flammability including compliance with California T.B. 117 and CPSC 16 CFR part 1633 for flammability.  Our mattress topper is made from an advanced medical grade spacer fabric that contains NO toxic chemicals or fire retardants.

All SafeSleep® products are in voluntary compliance with ASTM2933-13 crib mattress safety and labeling standards. 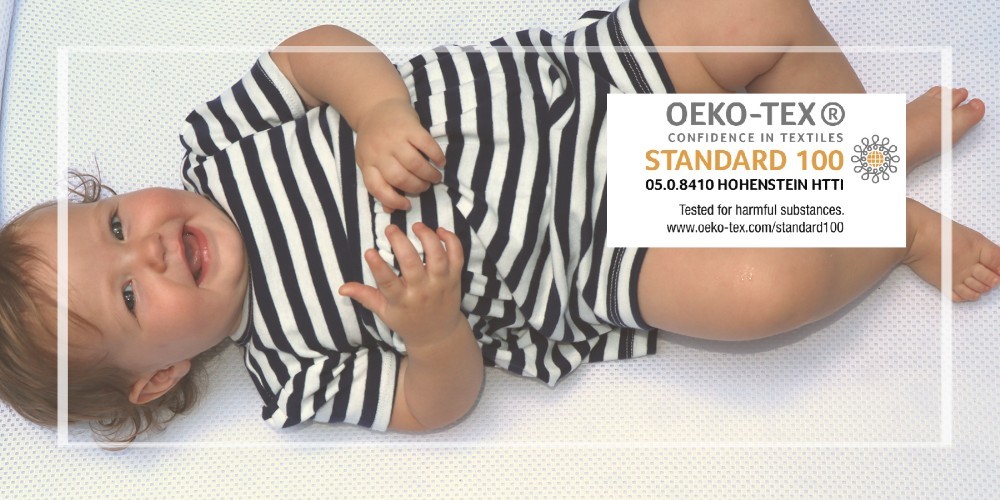 The fabrics used for SafeSleep® products are all tested using STANDARD 100 by OEKO-TEX®.  OEKO-TEX® certified fabrics means textiles were tested for harmful substances.